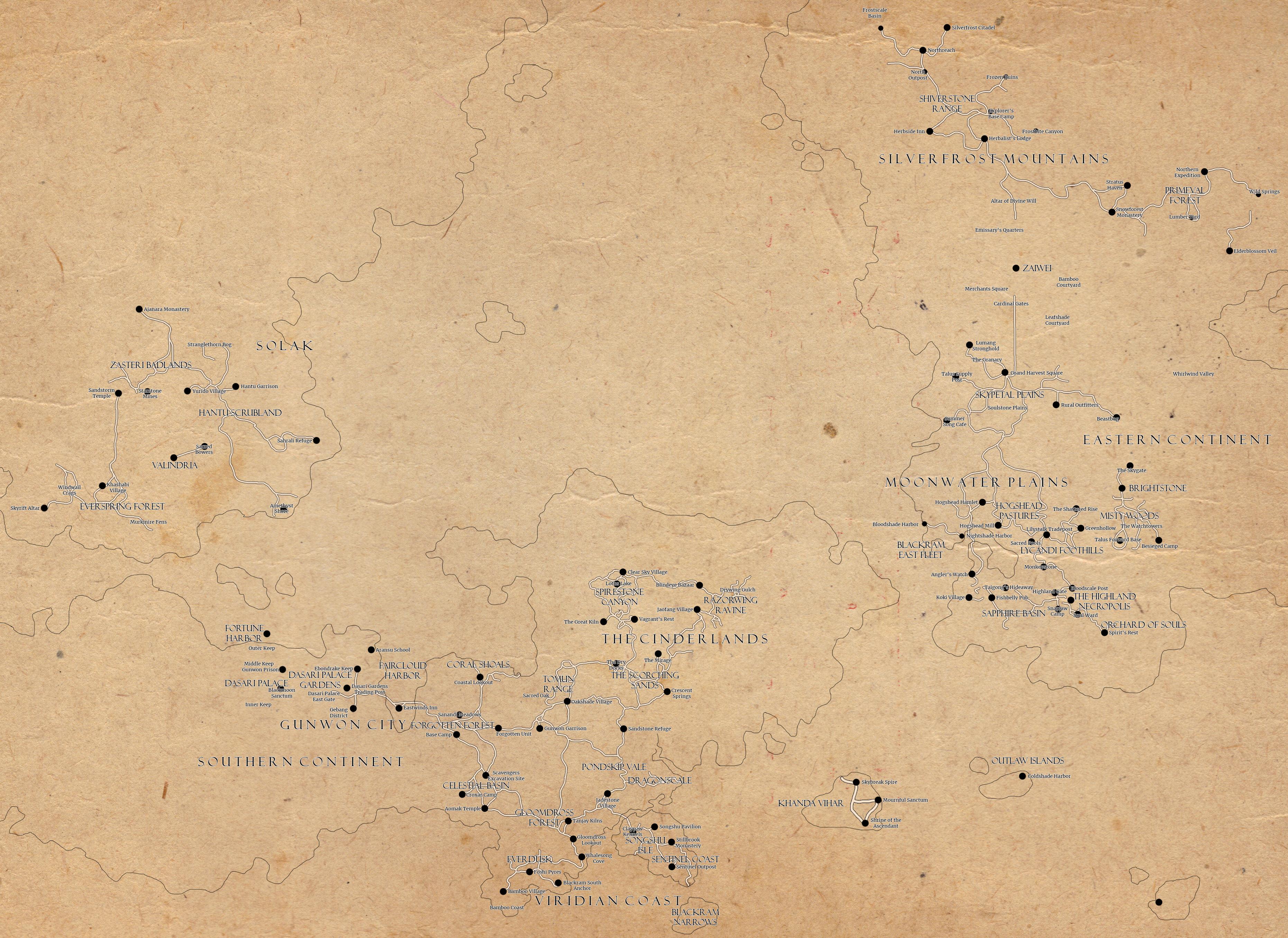 It isn't terribly pretty, but, here's our world-map. It is a very large file, so you'll need to scroll around it a bit. We're currently set at all the stuff at the lowest part of the map.

Gunwon City: The capital of the Stratus Empire.
Zaiwei: The capital of the Talus Dominion.
The Cinderlands: All desert.
Solak: All desert. Where the first demonic invasion occurred, corruption is rife.
Valindria: The only all-Yun city. Valindria is hidden from outsiders, and its citizens rather xenophobic. They prefer outsiders do their business and leave.
Outlaw Island: An almost-capital of the Blackram operations.
The Highland Necropolis: Formerly the Stratus Empire capital, then called Highland Central, it was destroyed by corruption. Now home only to ghouls and dokkaebi.
Greenhollow: The only all-Lyn city.
Jaofang Village: The only all-Jaofang settlement, they are bipedal wolf-like creatures, and also don't much care for outsiders.
Gebang District: Where the impoverished of Gunwon City live.
Khashabi Village: The only all-Khashabi settlement, they are tree people, and speak slowly, or in rhyme, or both.